Posted on November 11, 2017 by Veeresh Neralagi

Uncle Drew was an immediate impact; he proved himself as a valuable number 1 pick and has constantly moved up the charts of point guard status. Stardom was never a missing aspect or recognition of Kyrie’s career, but instead, it was the position of being the centerpiece of the team.

LeBron, undoubtedly the best player in the world right now and perhaps one of the greatest players in NBA history,  can be the nucleus of any given team on the planet. As a top 3 player of all time, Kyrie Irving has been playing underneath Jame’s shadows ever since LeBron returned from Miami.

Kyrie’s impact on the Celtics thus far has been extraordinary. With a 10-game-winning-streak right now, the Celtics have thrived under Kyrie’s late game magic and phenomenal overall performances. With the Cavaliers devastating early season performance, the road to the number one spot in the East looks clearly in Boston’s favor.

Consistency lies as the number one obstacle for the Celtics. As any great NBA team from previous years, having a injury-free roster as well as non-streaky players ensures frequent team success. Moreover, with such mixture of young players as well as veterans, the Celtics have the firepower and experience to take on any team in the league. As stated before, having a stable team performance day in and day out is what the Celtics must achieve in order to establish their league dominance.

Kyrie’s new legacy in Boston is not only a new opportunity for him to prove himself as a leader, but it’s also a chance to bring multiple banners back at The Garden. 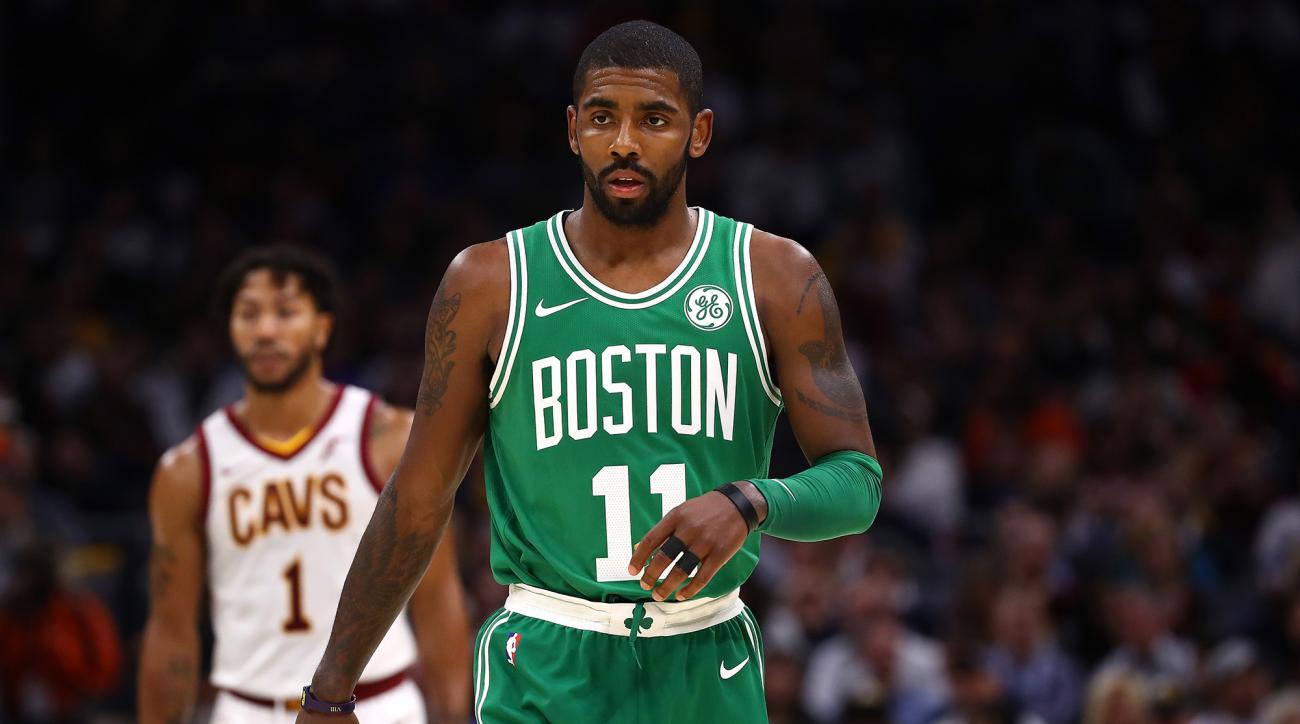 A young basketball fan
View all posts by Veeresh Neralagi →
This entry was posted in Uncategorized. Bookmark the permalink.